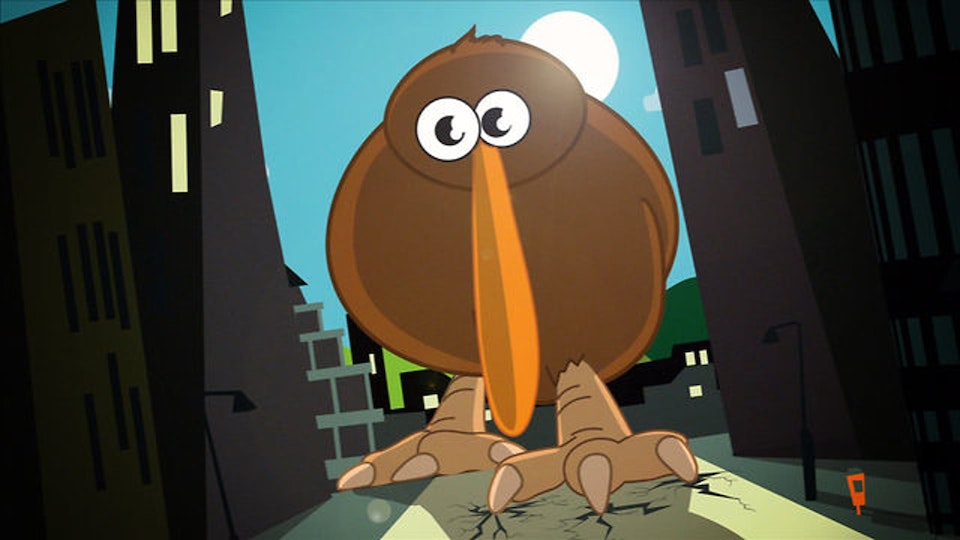 We hope you enjoy our cute little 30sec animation spot that we made for a home-grown NZ comedy weekend showing on Comedy Central New Zealand.

Background:
This one turned into a passion project for Phillip and Nick as it was a chance for them to do an animation together - despite them living over 1000km apart! And of course, the prospects of animating a giant sized kiwi that unleashes a minty fresh breath attack on the hapless citizens of Wellington, NZ seemed to good to be true.

But what does it all mean?

Wellll... the spot was for a stunt weekend that broadcast vintage New Zealand comedy shows. The term 'mint' is used colloquially in New Zealand to describe something that is generally good. Vintage became Mintage. The rest just kind of fell organically into place... Giant Bird Attack. Why not?!!!