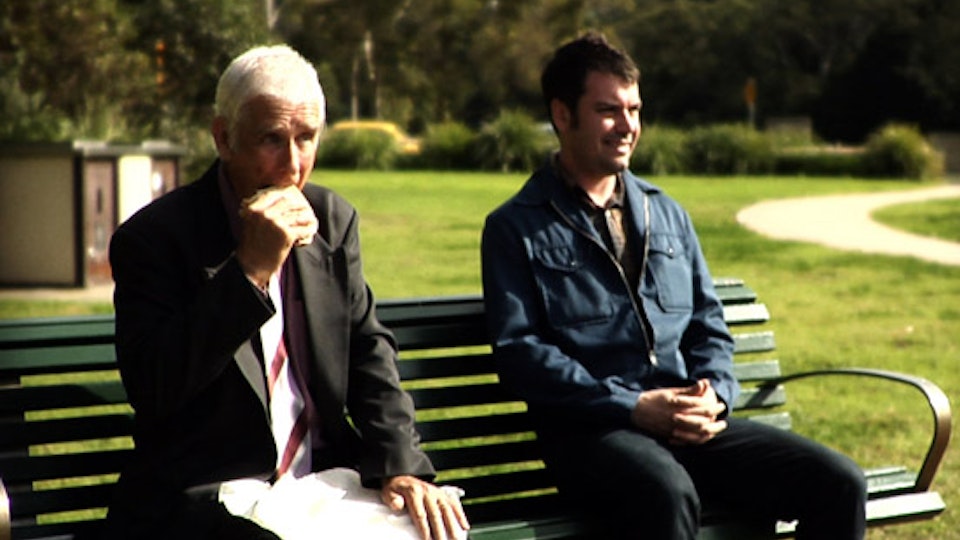 A businessman is interrupted on his lunch break by a peculiar stranger. He invites the man to join him as he eats his sandwich but as things take a dangerous turn, it is not long before he is fleeing for his life.