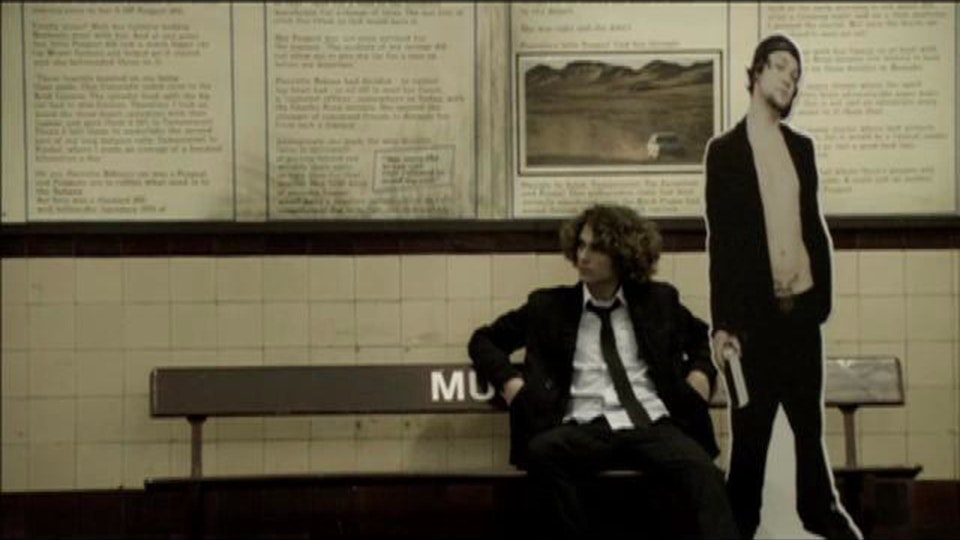 A young man embarks on a journey thru a city train system wheeling a cardboard cut out of MTV celebrity Bam Margera behind him, he encounters a young lady going in the opposite direction who also has a cardboard cutout of a popular MTV character Tila Tequila. Now you can take MTV with you anywhere with MTV on iTunes...