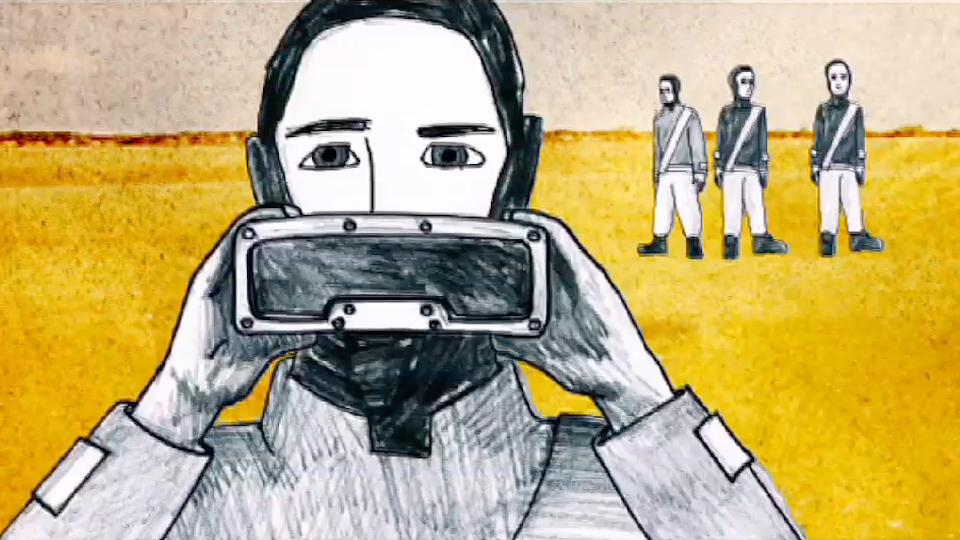 Short Film
2007
Darwin in the future. A border patrol squad answers a distress call from a remote outpost and heads up river...

For the making of this film, Phillip was working out of Darwin. Nick was in Sydney. They had two weeks spare time to animate a short film. Phillip draws the hero characters and scans them, sending them to Nick from Darwin. Nick composites & animates in after effects in New South Wales. Nick starts the job of animating whilst visiting his parents in New Zealand, then returns to Sydney and finishes the project at rapid - yet sleepless pace! For a story about your 'friendly border patrol', this was a film truly without borders.

We loved the style and approach we took to this film of black and white characters against sets made from found objects. It's a good look. We’re keen to explore the world again at some stage...